What a difference a clay makes 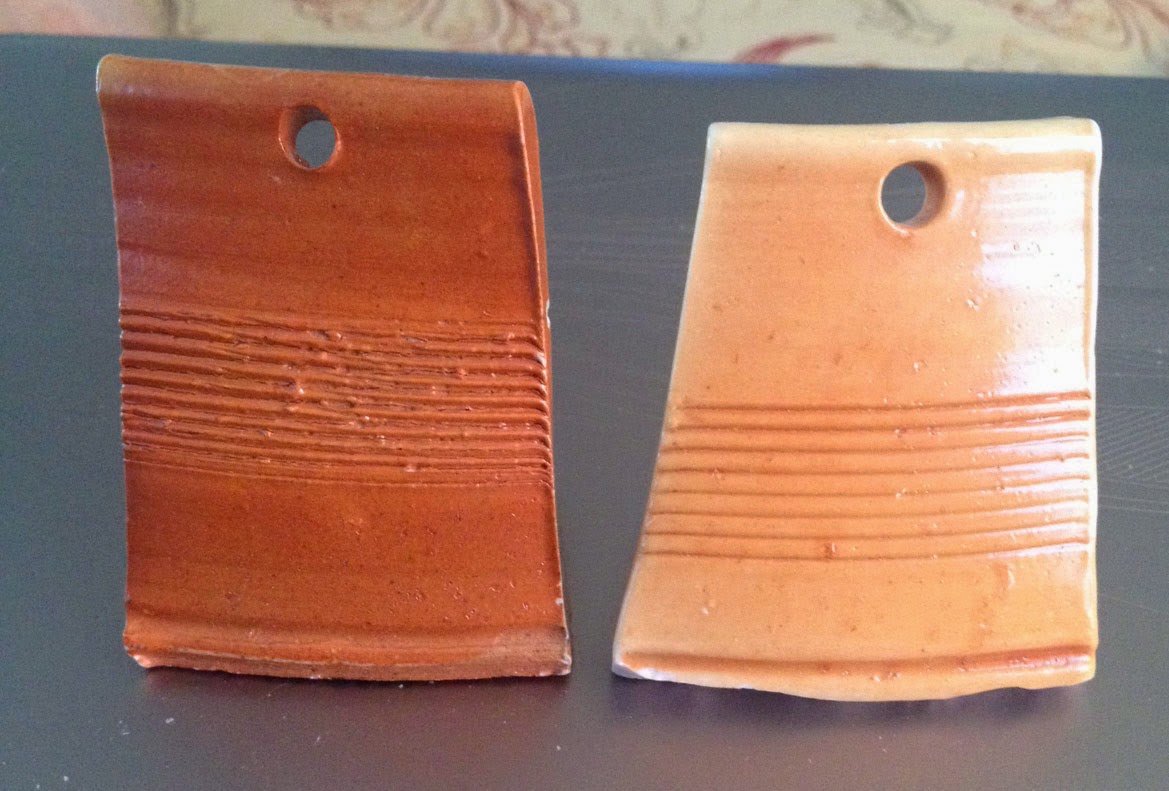 I posted this photo on my Facebook Soda and salt firing group this morning, to show just  how much a clay body affects the color of slips and glazes. This is the same cone 10 soda slip fired in the same kiln. The tile on the left is Phoenix, a buff stoneware and the tile on the right is Helios porcelain.

The porcelain one has such a lovely finish that I think this might be a good candidate for cone 6-7 soda firing.

Unfortunately, I left most of my cone 10 test tiles when we moved west and now I wish I had kept more of them. At the time the cost of paying sixty cents a pound to ship test tiles that I didn't think I'd ever need again, just didn't make any sense. I did think I had saved more than the tiny group I found this morning, but have not found them anywhere. So either they went missing as did some other things in our move or the trickster gnomes or fairies or whoever makes us mortals scratch our heads when things go missing, have hidden them in places yet to be revealed.

This morning I'm sorting the test tiles I do have on hand - a few cone 10 soda/salt tiles, a small group of cone 6 soda tests and later I'll go through my old cone 6 oxidation tests and pull out some likely ones for future use and check the recipes and  pull some likely candidates for cone 6 soda firing.

This morning is  a good time to do this sorting job since it's a bit too cool yet to do my morning hand watering and harvesting, and  I can't do any studio work until the parts arrive and the soda kiln plumbing gets done and those soda pots get fired and out of the studio.

Well, time to think about breakfast and test tile sorting and note taking before the air conditioner repair man arrives. The afternoon is for cooking. It's either going to be a tasty, comfort, biscuit topped chicken casserole or lamb shanks for dinner; but I think I'm leaning toward the chicken tonight. It feels like a biscuit kind of day.